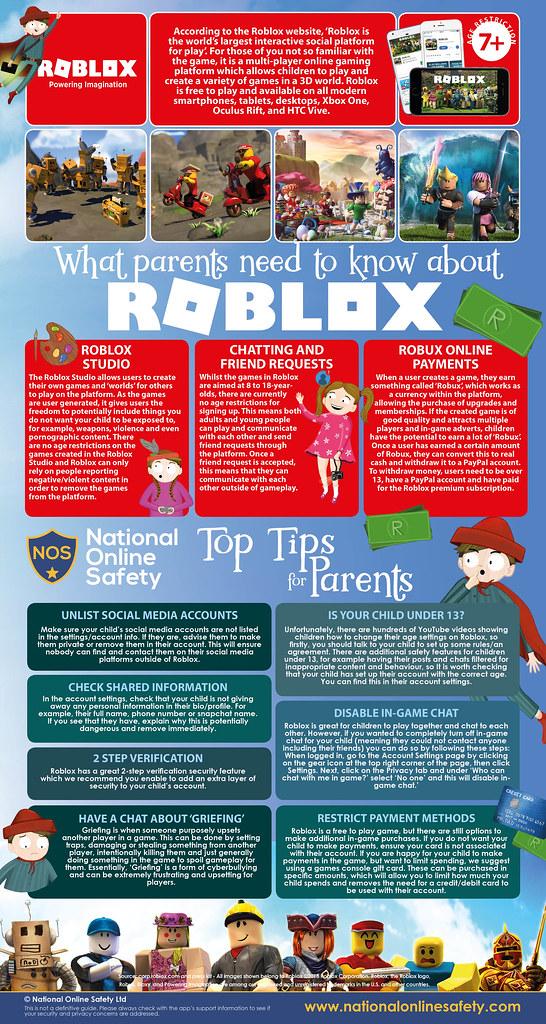 Warning : Anyone aware of this app? ROBLOX.

It has come to our attention that many of the children had either played or were aware of this app.

We have been advised to warn parents by Harrow’s Safeguarding Board.

We are concerned about the popular app ROBLOX which is by far the most popular game played by children from 5 to 10 years of age.

We know that this game is popular with our children and they have online friends in ROBLOX that parents may not know about. There are no controls in this game and there have been reports that children receive many in game messages from ‘strangers’. Children have reported characters appearing in the game and that they had seen ‘naked’ characters walking around the game which is highly inappropriate content. We know of one character called “Slenderman”.

When using this game, children are able to talk to strangers, by using a headset to speak. The headset is usually just a normal set of ear pods that you would get bundled with an Apple device as opposed to a specific gaming accessory.

We would advise every parent to check their child’s ROBLOX account and look to see if they have friends that they do not know or do they have an unusually high number of friends.

We would also ask parents to check the child’s in game message inbox to check if they have been receiving inappropriate messages.