On Tuesday 22nd January, we played an away fixture to Heathland Primary School. This was the second league game of the season for the team. It was an extremely tough match which brought out the best in the team. During the first half, a goal was scored for both teams(1-1).

The second half really opened up with both teams scoring 2 more goals each to make it 3-3. Then with 5 minutes left to go, Max struck the ball into the bottom corner to make it 4-3 to St George's. Goals scored by Max(1) and Ivan (3).

A great game overall, and we look to our next fixture next week! 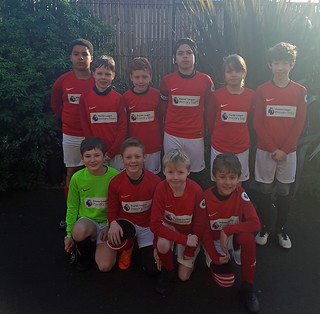 On 14th January 2019, the girls' football team played against Grimsdyke Primary School in the football league. The girls got off to a great start by scoring two goals within eight minutes of play. As the half went on, St George's had gained a 6-0 advantage by half time.

During the second half the girls pressed on with their advantage to score three more to make the final score 9-0!

Goals came Enya(4), Emily (3) and Trezel (2). It was a outstanding team performance and a great way to start the league fixtures. Onto the next game...

On 20th November 2018, the girls' football squad literally kick started their football adventure for this year.  They attended the All Saints Girls' Football Tournament and also had to battle the elements.

The girls gave everything they had, playing some dynamic football and leading to some great results.  This included two wins and three draws.  Our girls' team came 2nd in the league table, only missing out on the top spot by 3 points.

All the girls play with great courage and showed determination during all the matches.  This is now a good platform to build on for their season ahead.  Well done girls! 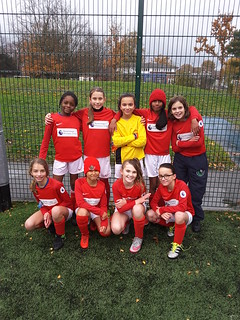 On 6th December, our Year 5 and Year 6 Gymnastics teams took part in the Harrow Borough Gymnastics Competition.  This is always a highly competitive competition and both teams performed well, show-casing their skills learned at their early morning Gym Clubs at school.

From the kick off, the boys asserted themselves on the field by getting some quick fire goals, with a 2-0 lead after 12 minutes.  Longfield gained a goal and by half-time the score line was 4-1 to St George's.

As play resumed for the second half, the game became more open with Longfield testing our goalkeeper but thankfully he was able to pull off some amazing saves.  As the game drew to a close, the boys made some creative attacks resulting in two more goals.

Full time result 6-1 (5 goals from Ivan and 1 from Max).  Overall, it was a good performance from the boys and a platform to build on for future fixtures.