On Tuesday 21st January, St George's cross country team travelled to to Kenton Park to take part in the Saints Schools running competition. Our teams from Years 5 enjoyed a great afternoon resulting in some amazing results, including three of our boys coming in the top 10. Well done St George's! 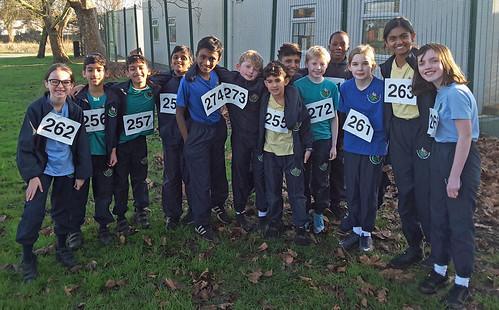 On  16th  January, the school's Year 5 and Year 6 gym teams competed at Norbury School for the borough finals. The year 6 team were placed 3rd, with Jack receiving an individual  medal.

Well done to all the children that took part - you did St George's proud! 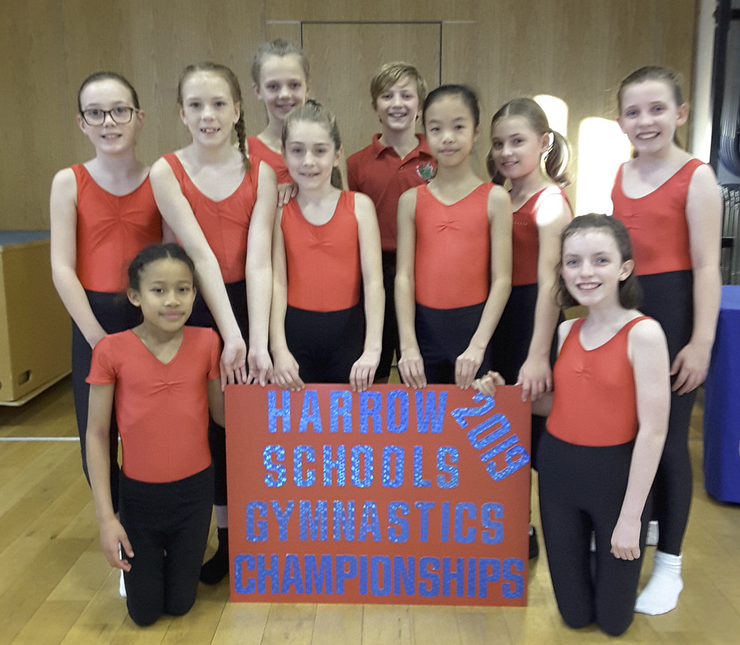 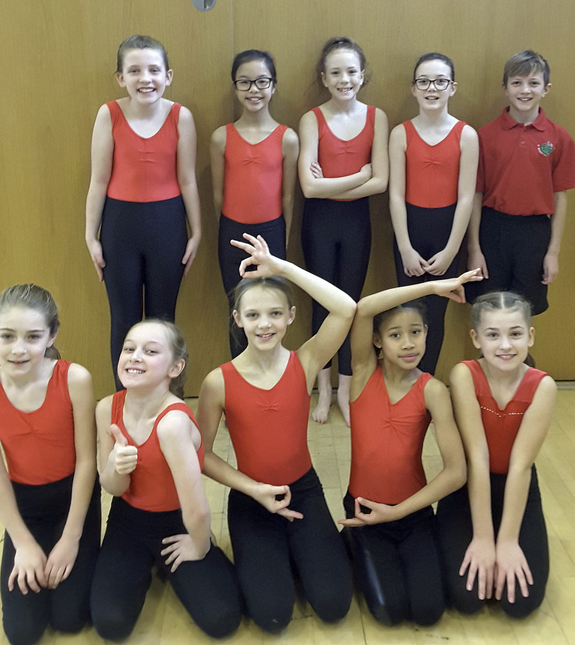 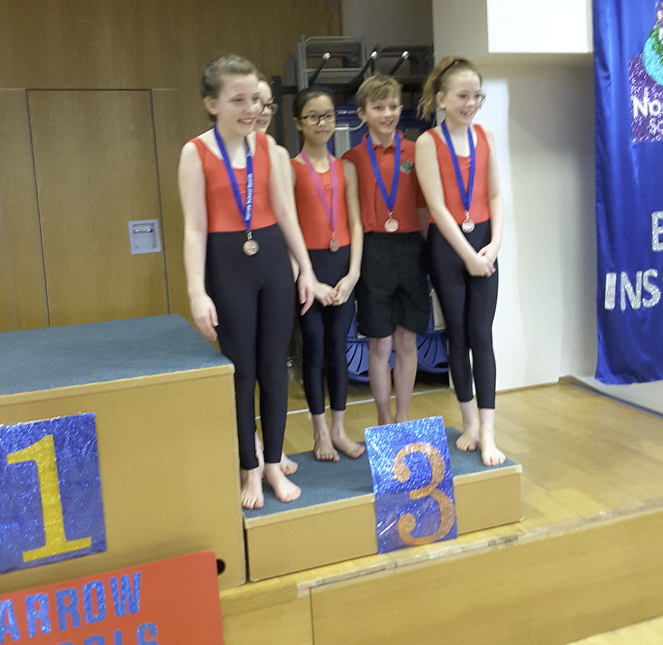 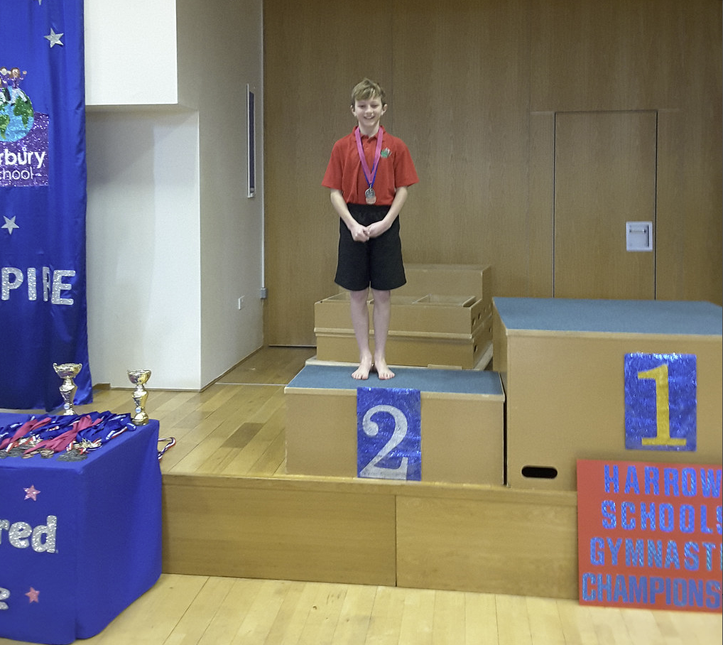 A strong first half from the team lead to a early 2-0 lead. St George's continued to dominate which led to a half time lead of 4-0.  During the second half ,again St George's showed their dominance, having lots of attempts at goal. The boys were able to score another goal, with a debut for Gordon! Final score 5-0.

Well done to the team! Only one more game left to qualify for the next round. 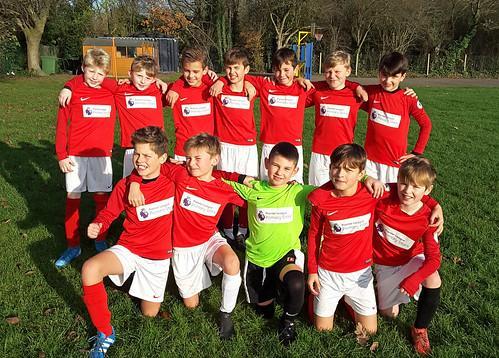 On Thursday 28th November, the school sent a mixed squad for a rugby competition ran my Saracens Rugby Club. The team played inside a group of 8,  playing 7 fixtures.  The team showed great enthusiasim.

Well done to all those who took part! 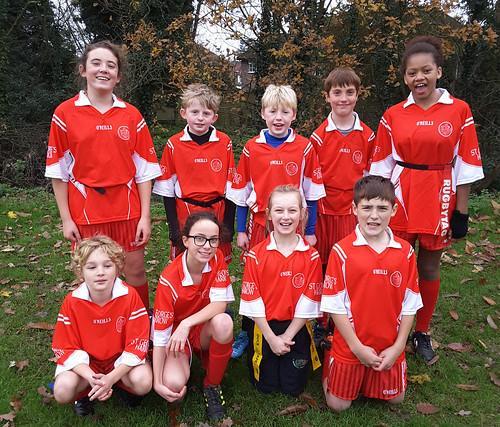 On Monday 30th  September, the girls' football team played their first league game of the season with a visit to Grimsdyke Primary School.

A strong first half gave St George's  a 3-0 lead at half time. During the second half, the team showed great character but they just couldn't find the net again and the match ended with a 3-0 win for St George's. 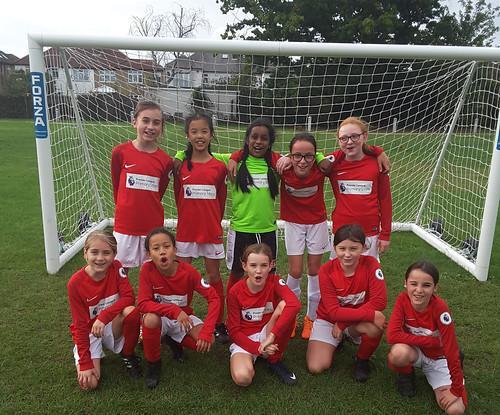 On Thursday 3rd of October, the St George's boys' team played their first game of a new league season against Grange Primary School.

A strong first half from the team gave them a quick lead that was 3-0 up within the first 15 minutes. A continuous wave of attack led to being 6-0 up at half time with some wonder strikes from James and Connor.

The second half showed more dominance by the St George's squad with the full time result being 9-0 win. A great start to the season for the team! 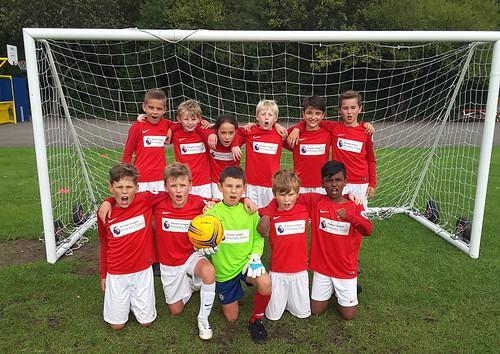 On Monday 14th October, our mixed football team went up against a strong Longfield Primary School side at home. After some early pressure by St George's, Longfield scored on the counter to make it 1-0. They then added a second goal to their tally (2-0 Longfield). The St George's team rallied around and were able to steal a goal back from a corner to make it 2-1.

The second half was very tight with Gabriel A making some stunning saves to keep St George's in the game. Then, with 12 minutes left to go,  Dylan produced a great one-touch finish into the back of the net to end the game 2-2!

It was a tough game in tough conditions but the team produced a great comeback.

Great keeper performance from Gabriel A!