On Monday 20th June, a small squad of 4 children participated in a tennis competition at Kenton Tennis Club. It was a great afternoon with some good tennis played. Well done to all those children that took part!

All athletes competed to the best of their ability. We had some great results with one of our Year 6 boys coming 5th in the Boys' Final and both Year 6 Relay squads qualifying for the Relay Finals.

Well done St George's.  We were very proud of you all! 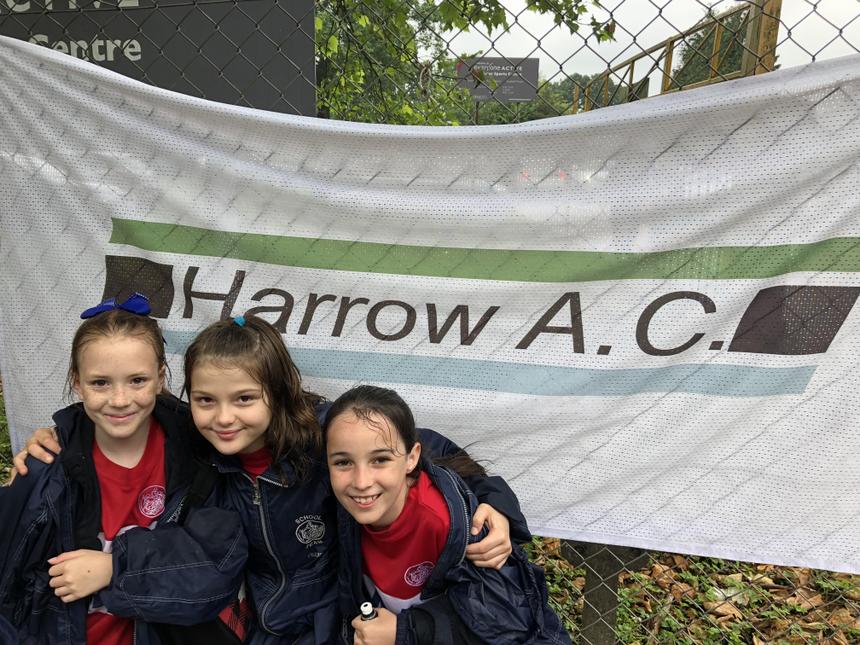 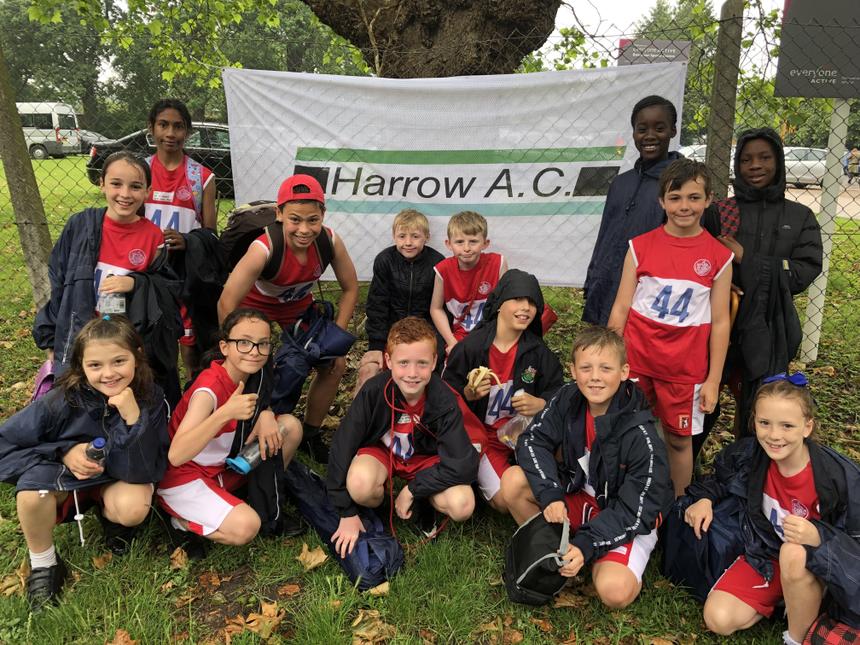 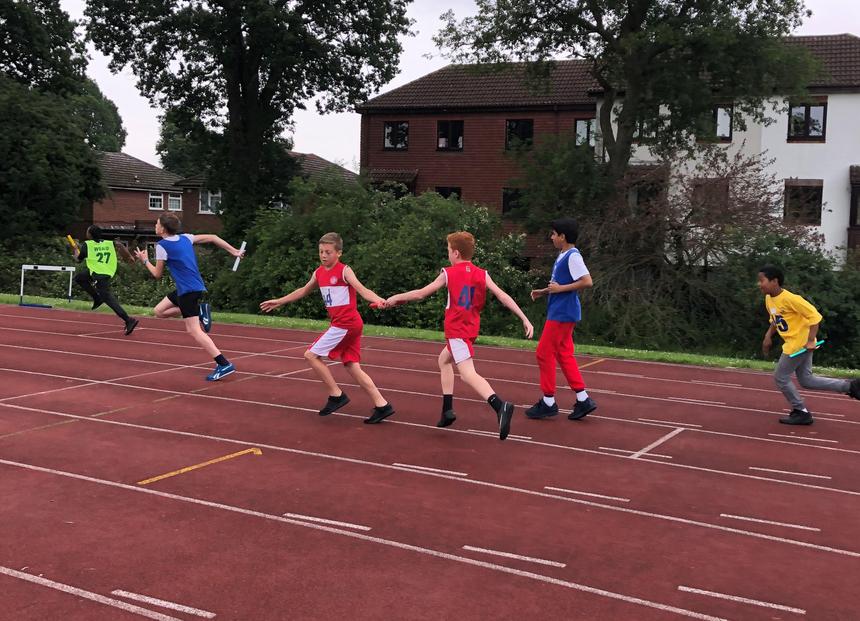 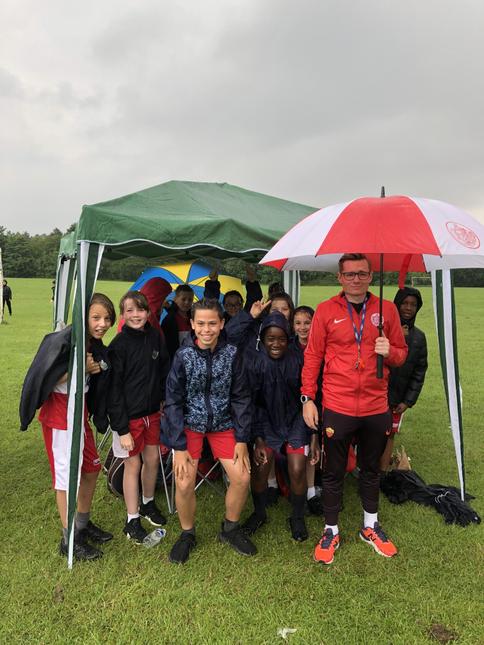 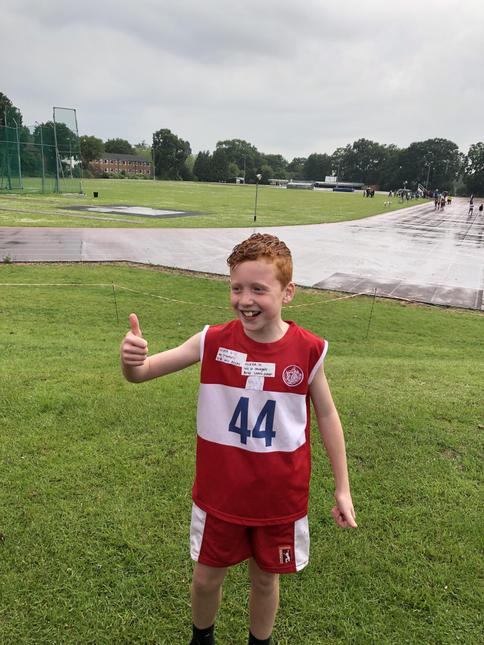 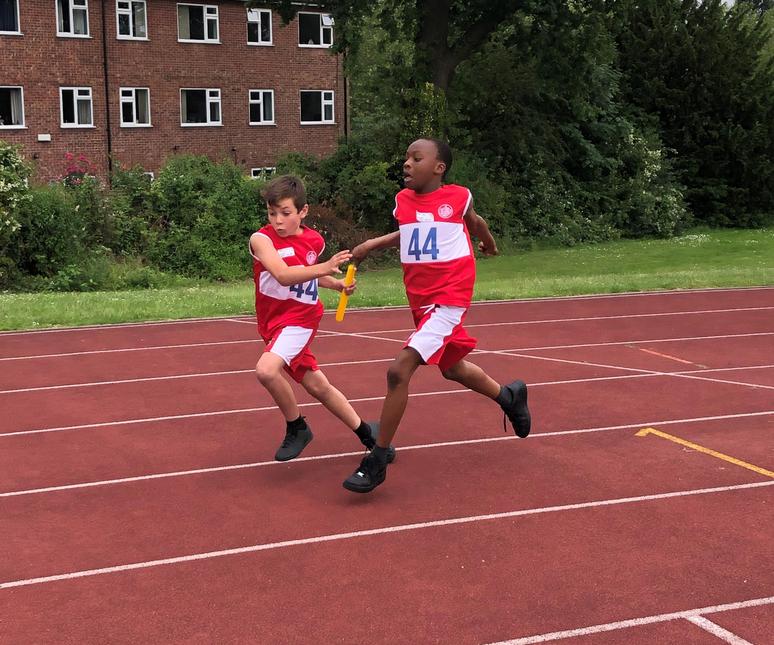 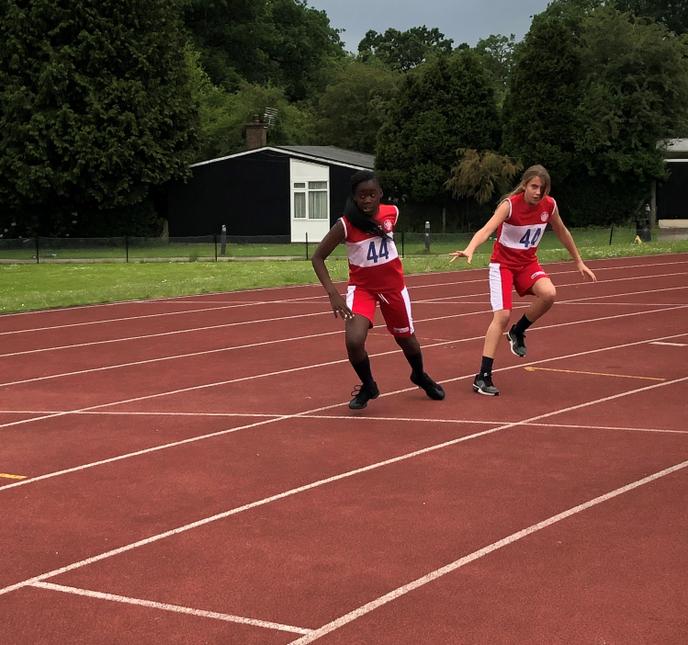 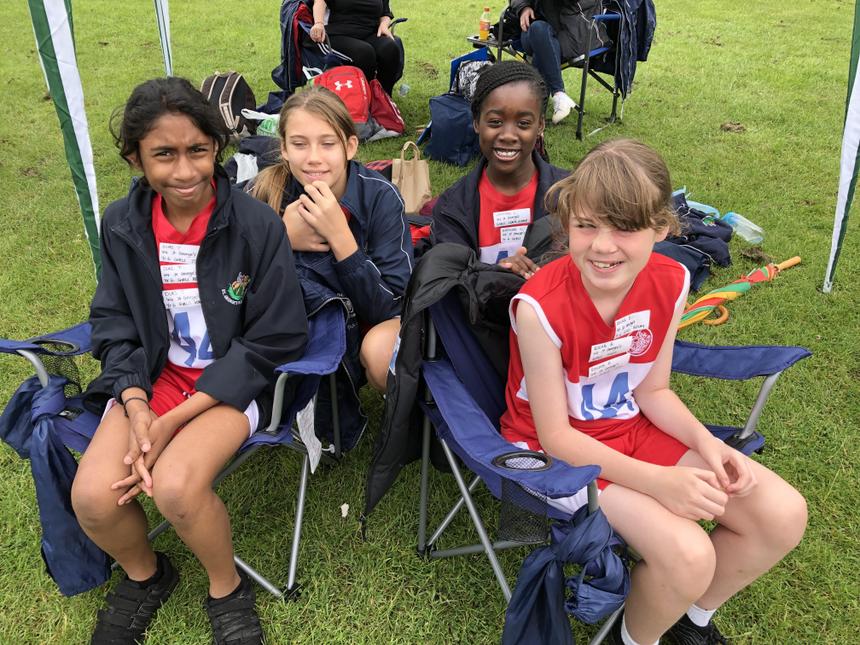 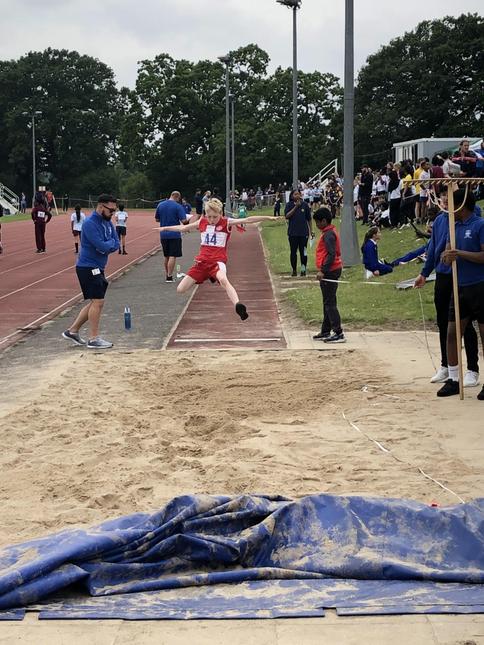 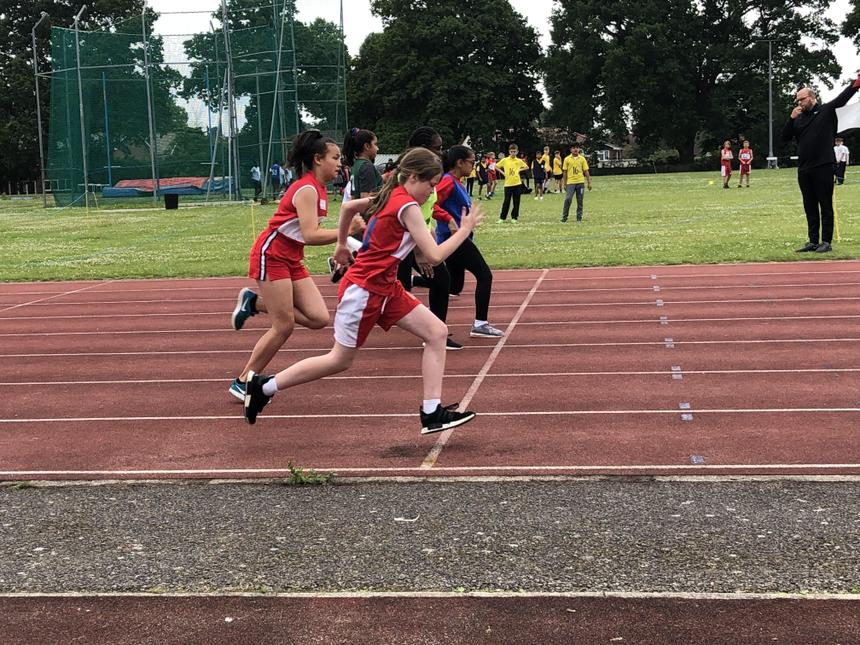 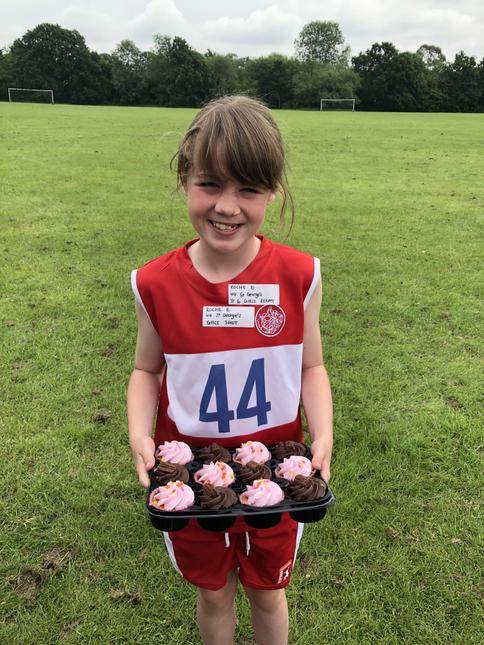 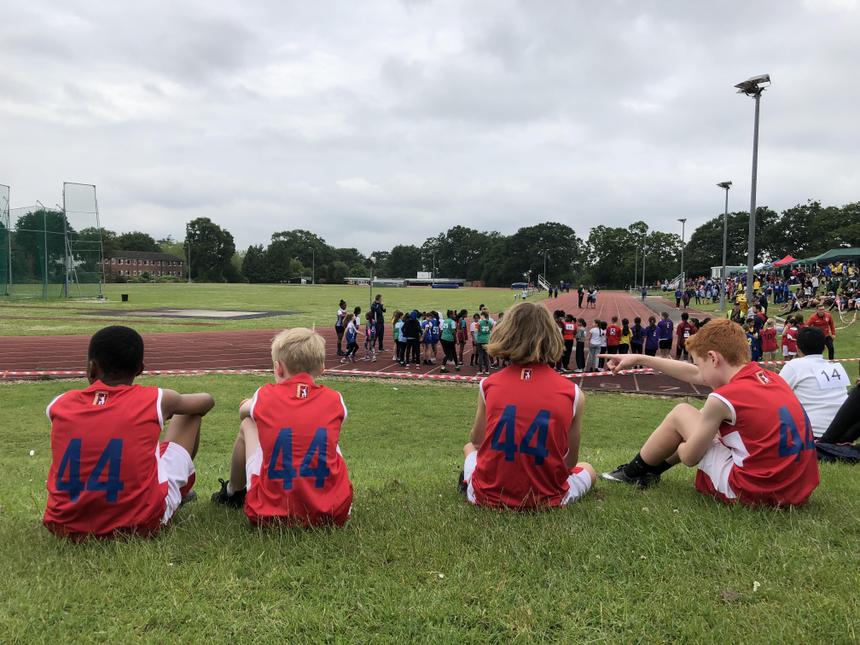 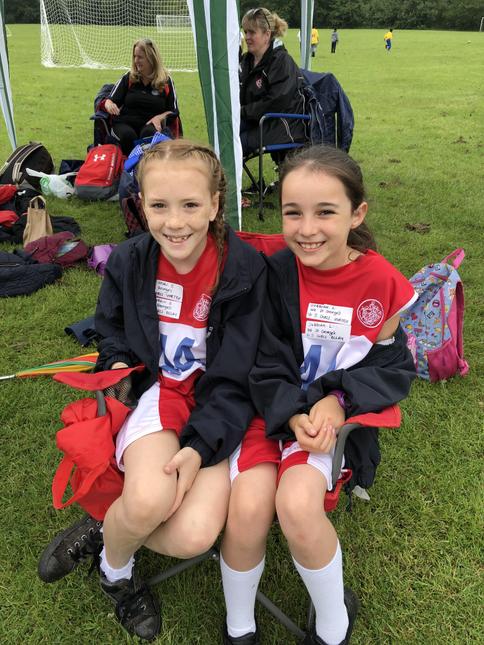 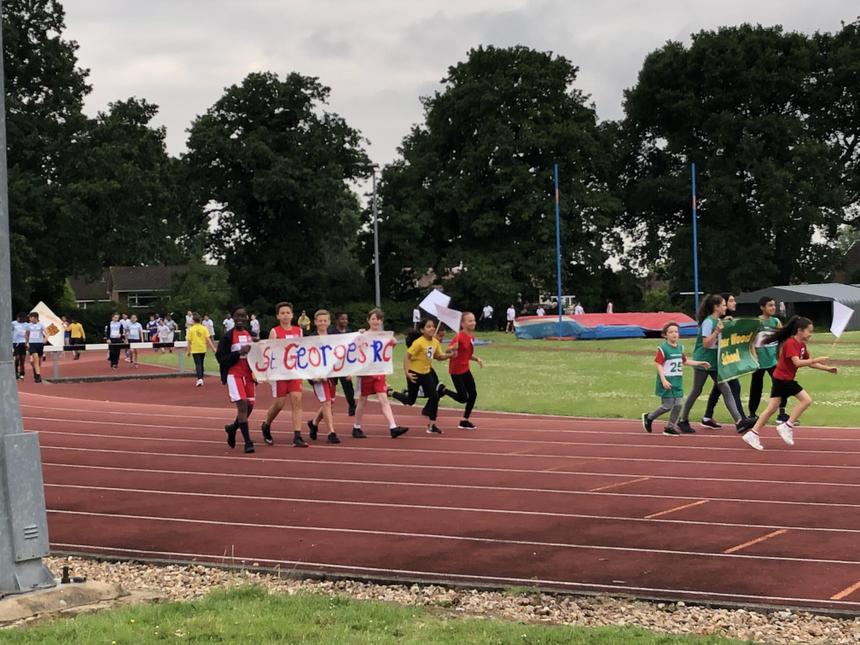 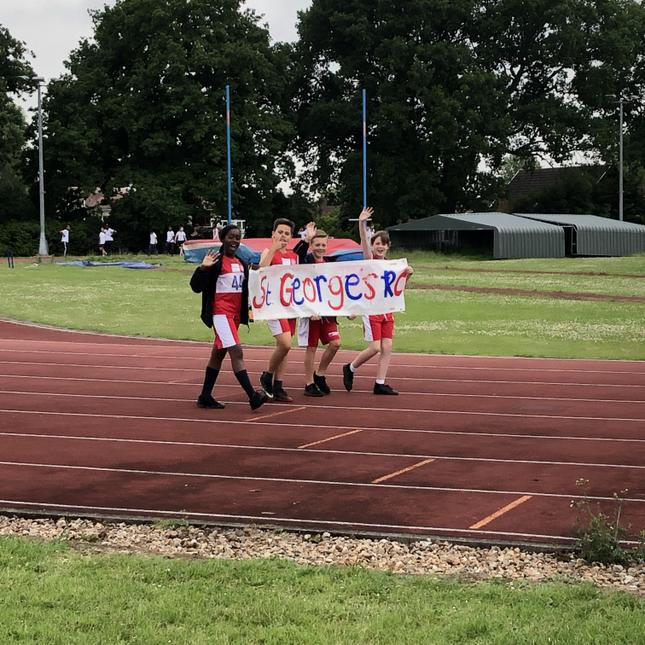 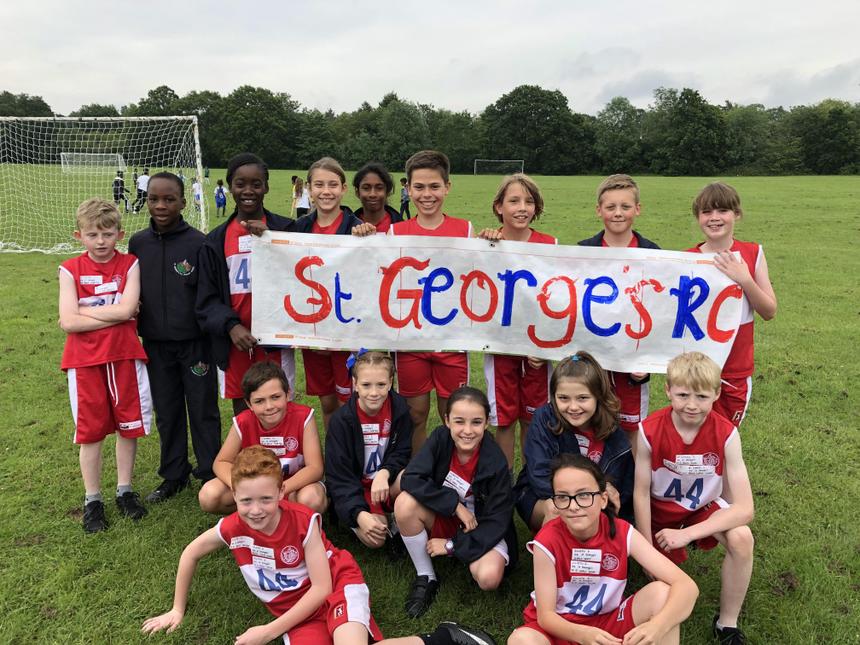 On Thursday 28th March, St George's Netball Team took part in the Family Saints Schools Netball Rally at St Bernadette's. The team worked very well together and coped well with the position rotations - everyone was very eager to be in a shooting position. We came in 4th position out of 5 teams.

Well done to all the children who have participated in Netball Club this year and for representing St George's at competitions. 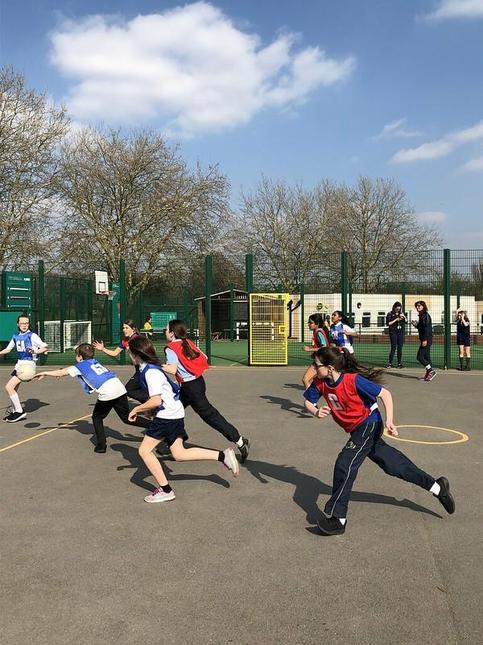 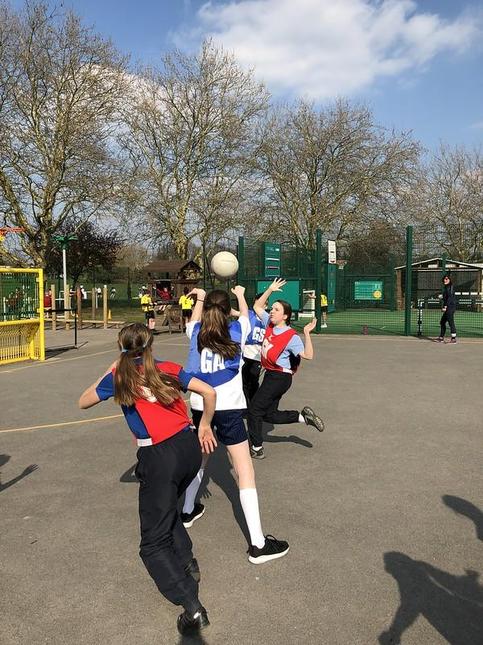 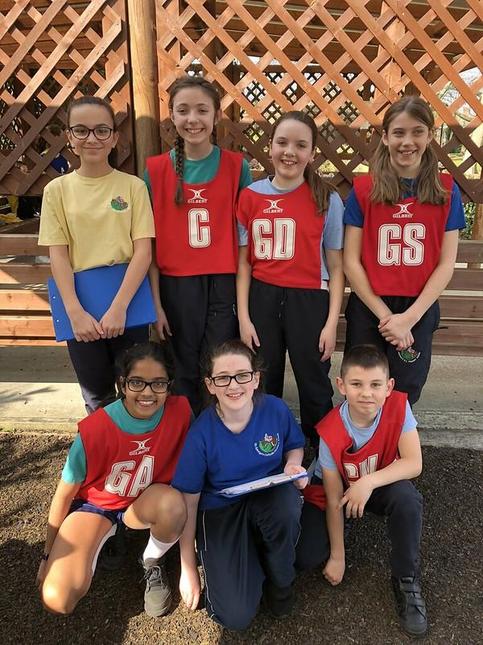 On 25th April 2019, a squad from KS1 took part in a mini football festival. The boys played very well across all their matches, playing 3 and winning 3!

It was a fantastic opportunity for those involved to take part in this type of sporting fixture! 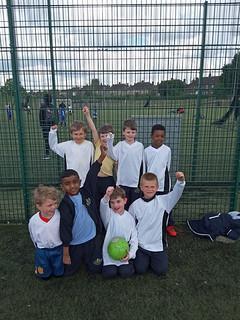 On Wednesday 27th of March, the girls' football team took part in the Harrow Girls Football League Finals. After a great group campaign,  the girls followed this up with some great wins early on in the finals. However, a loss and a draw led to the girls finishing a very admirable 2nd overall in Harrow.

The girls' team this year has had a fantastic season with some great victories on the way and the PE Department see the girls as a inspiration to the younger girls in the school and hope that their achievement will spark a new group of players to come forward and represent the school in the future.

Well done girls, you have made us all very proud! 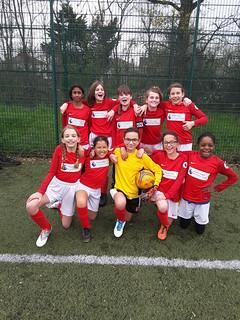 On Monday 25th March, the mixed team travelled to The Hive in Edgware to compete in the finals day tournament for London Borough of Harrow schools.

It was a good day and the team played very well and gained a place in the semi-final against St Teresa's.   Sadly an early free kick for the opposition was enough to defeat our players and we were eliminated at the semi-final stage.

Overall this season, it's been a strong campaign with some great football played and we hope all the players continue to play football outside of school in the future! 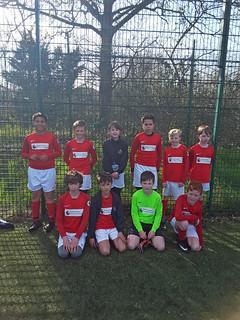 On Tuesday 26th February the school sent a mixed squad to take part in this tournament.  Premier League Primary Stars uses the appeal of the Premier League and professional football clubs to inspire children to learn, be active and develop important life skills.

St George's played 7 games winning 4, losing 2 and drawing 1​.   A good day was had by everyone and the squad demonstrated some fantastic sportsmanship. 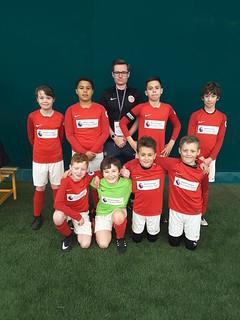 On Wednesday 13th February. the girls' football squad played a league game against our local friends on the hill. Roxeth Primary.

A good first half of pressure against the opposition led to a opening flurry of goals to make it 4-0 at half time.  The second half performance was outstanding with constant attacks on the Roxeth goal. 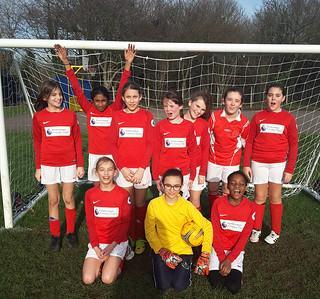 On Friday 15th February, the girls competed in their last league game of the football calendar against West Lodge Primary.

A very tough game began with St George's conceding an early goal to be 1-0 down. A flurry of attacks from our girls finally broke down a strong West Lodge defence to make it 1-1 at half time.

For most of the second half the game was end to end with chances for both teams. Then with 5 minutes to go, St George's were awarded a free kick just inside the opposition half. Enya stepped up to score an outrageous free kick to make the score 2-1 St George's.  With some strong West Lodge attacks then coming towards our goal, we were able to break away to gain a 3rd goal.

Final score 3-1 St George's making it 5 wins from 5!  Well done girls! The school is extremely proud of every one of you! 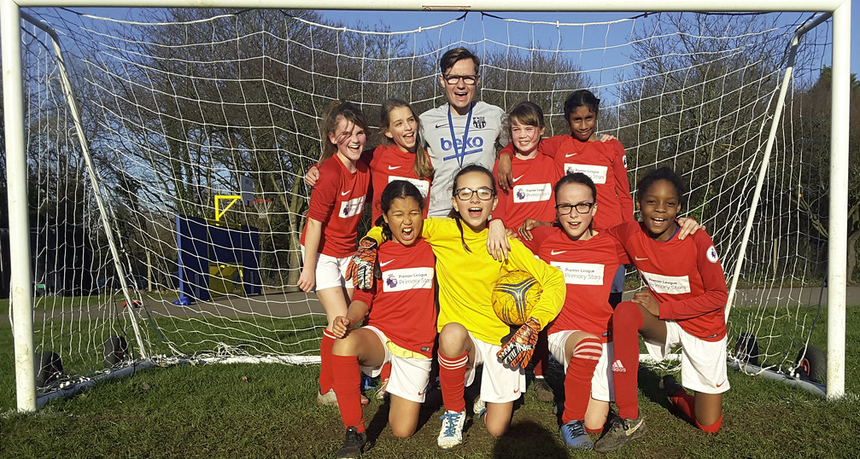 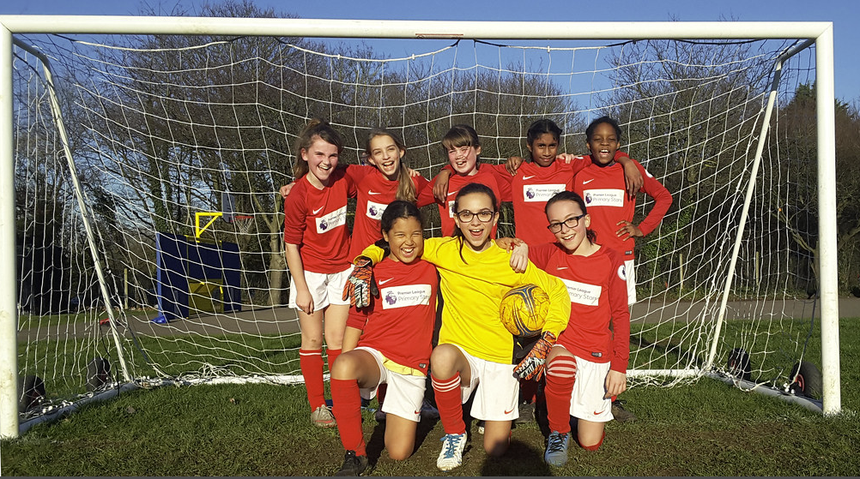